This year Ram Navami is on April 21st-2021. Many people who fast for eight days break their fast on this auspicious day of Navami (ninth day of the navratri pooja) after the prayers people feed nine small girls. For the navami pooja mostly sooji ka halwa (semolina porridge) and kale chane (black gram) are made to offer to the god. Onion and garlic is not used for the pooja’s (prayer) food. Usually one or two dry vegetables, vegetable in curry (without onion and garlic), one yogurt preparation (raita) , and poori and kachauri are made for the feast (kanya bhoj). The entire food is first offered to god and then to young girls and then the family eats. Let’s take a look at some of our favorite dishes for this auspicious day.. You can choose dishes for pooja feast as per your budget, taste and time.... 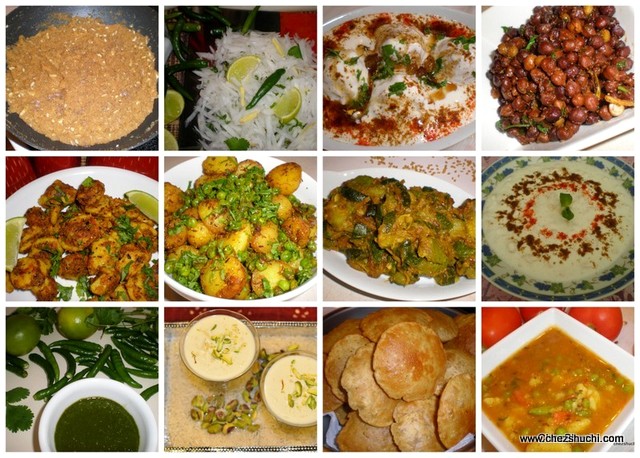