Share
इस व्यंजन को हिन्दी में पढ़ें
Cheela is a Hindi word for pancakes made with lentils or with flour paste. This is a delicious Paneer preparation (Indian cottage cheese). Paneer cheelas are rich in calcium, protein, and also in carbohydrate. It is a good, substantial option for kids' lunch boxes. Paneer cheela can be made in different ways..... 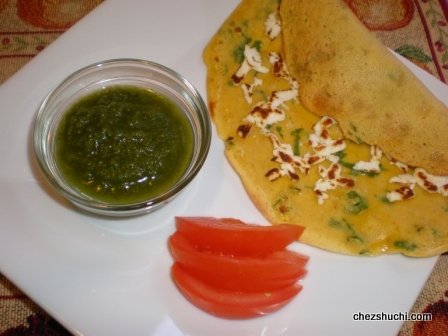 Serve hot paneer cheela with chutney of your choice. 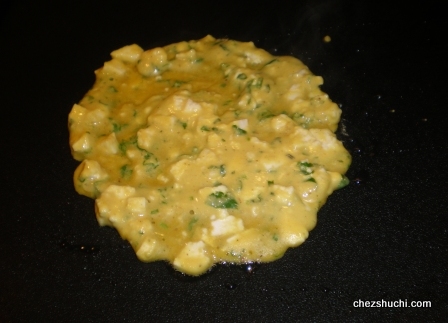 You can also add some chopped onions along with paneer.

Increase or decrease the amount of green chili as per taste.

You can also add paneer bhajiya instead of plain paneer in this paneer cheela preparation.

Paneer is a good source of proteins, carbohydrates and calcium. Paneer Cheela is a healthy lunch option for kids lunch box. It is easy to make and also it is easy to eat for young kids. I add grated paneer in Moong dal paste with some spices and chopped coriander leaves and make cheelas. With paneer cheela there are clementine and Petha ( a North Indian sweet made from a fruit).... ! You can also put some other fruits and sweet as per your child's tates... 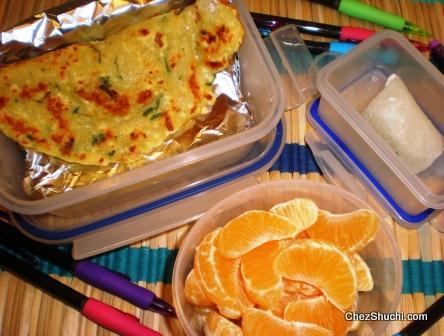 Some other Indian Breads

Some other snacks and starters