What is brown rice? Any ordinary rice which has a brown hull is called as brown rice. In order to make white rice this hull is removed from the grain. This process is known as polishing the rice. Usually, in the American market, Basmati brown rice is more popular, but there are many varieties. 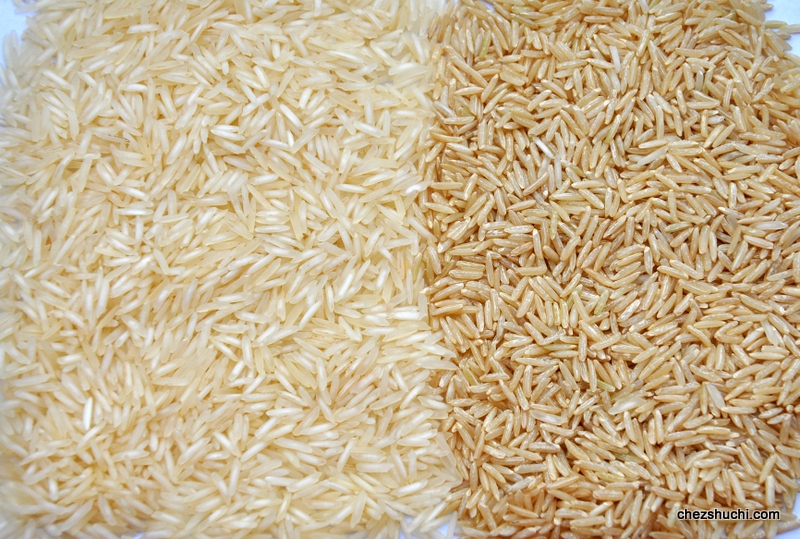 How is brown rice different from white rice? Brown rice and white rice both have similar amount of calories and carbohydrates. Since brown rice has hull, it has more fibers and minerals than white rice. A lot of nutrients -including some vitamins- are lost during the polishing process of white rice. This is the main reason why it is said that brown rice is healthier than white rice.

An important fact about rice- depending on the soil that it is cultivated in, rice can contain varying amounts of arsenic. In brown rice the amount of arsenic is 80% more than white rice. Arsenic is found in nature, in the soil, in the water etc. Arsenic is present in almost all vegetables, fruits and other cereals etc. in very small amounts. The amount of arsenic varies with soil and water levels.

What is bad about arsenic? Inorganic forms of arsenic are considered carcinogenic. Most plant produce have small amounts of arsenic - this is mostly removed during the washing process. Rice has more arsenic than any other plant product and the brown rice has way arsenic when compared to white rice.

How to get rid off arsenic from rice-

How to cook rice as per Ayurveda- Ancient Ayurvedic texts prescribe a simple way to cook rice which, surprisingly, is extremely effective in removing most of the arsenic from rice.

What does modern science say- Modern science also suggests the same thing as Ayurveda said 5000 years ago. Do not use a rice cooker to actually cook rice. As the rice gets cooked, it leaves most of the arsenic in the water. However, this arsenic is absorbed back as cooking proceeds in the same water.

So what is the best way to cook rice?

Soak the rice and rinse it. Boil it in clean water. When cooked, drain the extra water.

Bottom line- Yes, brown rice does have more fibers, vitamins and minerals than white rice. But, how you are cooking brown rice also matters a lot.

So if you want to eat brown rice make sure to cook it in the right way. Perhaps cooking it in your rice cooker is not the most healthy method!