Mardi Gras is a French festival. In English it is called as Fat Tuesday. Mardi gras is celebrated in many countries around the World. This is the time of Carnival and parades. For this festival it is a tradition to make crêpes. Crêpes are very thin pancakes. We were having a discussion about Mardi gras with a French family and it brought back so many beautiful memories of our stay in France. For this occasion kids were allowed to dress up at school. Sometimes schools take the kids out for the Mardi gras parade. This year the Mardi Gras will be celebrated on Tuesday, Feb 12th.

During our stay in France we had an opportunity to visit the famous carnival of Nice, in South of France on the occasion of Mardi Gras. Following are some of the pictures from the carnival…. 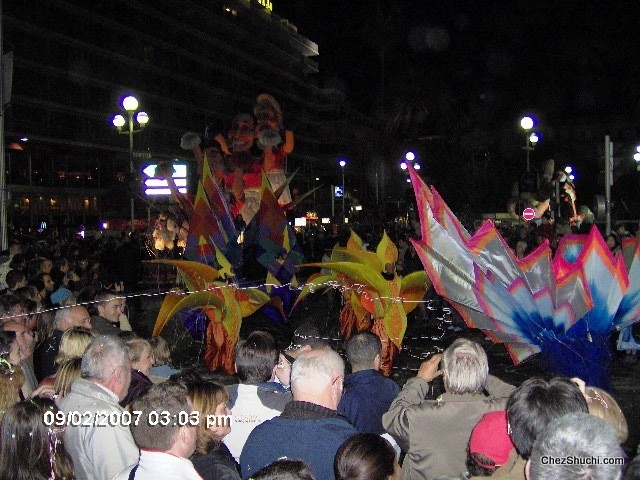 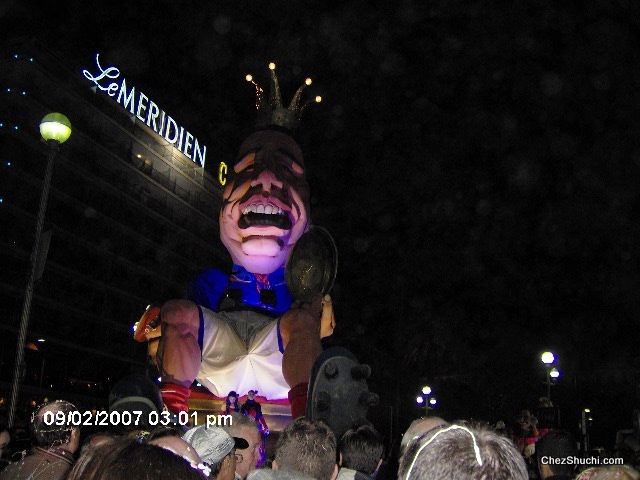 We also had an opportunity to visit the very renowned Fête du Citron (festival of lemons) in Menton (South France) in 2007. Every year this festival has a different theme and in 2007 the theme of the festival was "INDIA". So it was a pleasure to see so many beautiful things related to India. The following picture shows an outstanding design of Taj Mahal made with fresh lemons and oranges.

The following picture shows a marvelous design of an elephant made with fresh lemons and oranges.

An elephant decorated with lemon and oranges- at the Fête du Citron at Menton France - 2007
On Mardi gras let’s make French crêpes. In traditional French cuisine the crêpes batter is made with eggs, but we will be making eggless crêpes. Hope you like them. Please do share your comments!!!

some photos for party planning and organization!