Naan is made out of leavened all purpose flour. Traditionally naan is made in a clay ovens - Tandoor. Well, since tandoor is not available everywhere, so we can use electric oven, barbeque or even regular stove to make naan. There are variety of naans made like butter naan, paneer (cottage cheese) naan, garlic naan, etc... 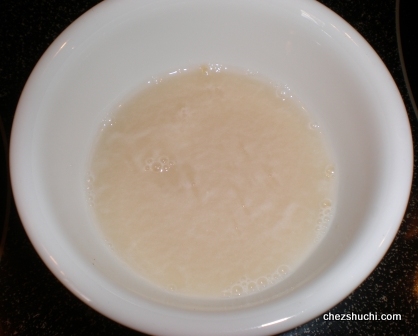 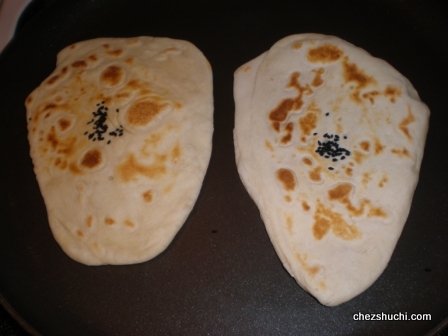 Serve butter naan with dal makhani or any other curry of your taste.

If you are using sodium bicarbonate ( soda) in place of yeast add directly in the flour with salt and sugar.

Following are pictures taken from a restaurant in New Delhi (with permission). So this is the professional way of making naan.The dough making for naan is similar .... 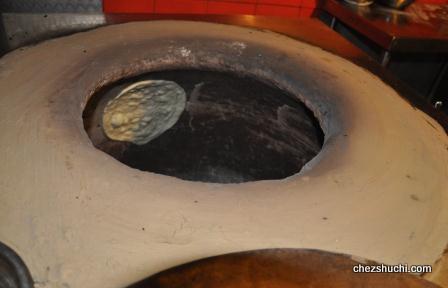 rolled naan is stuck in the inner wall of clay tandoor...

Naan is getting baked....

Cooked naan is being taken out from the oven.......

Completely done naan...Now top the naan with butter if you wish to.

Some Other Indian Breads