Arbi is an edible root, also known as arabi, ghuiyan, toro, or colocasia. It is easily available worldwide. The leaves of arbi are also know as elephant ear. The word kebab has come from Mughal period in India. Traditionally Kebab is associated with meat preparations - but this is a phalahari version of Kebab. I have added some buckwheat flourAmazon link (kuttu ka aata) in the kebab mixture which helps in binding the kebabas. This is a low-fat, easy to make appetizer for the days of fasting...... 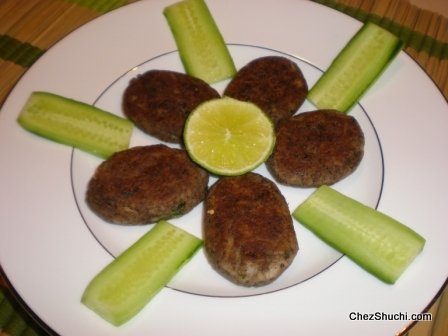 In case if the mixture is sticky , increase the amount of buckwheat flour.

I have just brushed the bebab to cut the amount of fat . You can also deep fry these kebabs...

Buckwheat flour is easily available in India in regular grocery stores. If you live abroad you can easily find buckwheat flour in the organic stores..