Spiced apple cider is a delicious, hot drink usually served at this time of year. Apple cider is somewhat like apple juice. Usually the apple juice we get in store is clear, while apple cider (unfiltered) has residues in it. In the USA you can easily find fresh apple cider in apple orchards and also in organic stores and super markets. You can read more about apple cider in wikipedia, http://en.wikipedia.org/wiki/Apple_cider.

Last week we had a pre-Thanksgiving gettogether at a friend's place. That day it was snowing lightly ..On that cold evening they served hot spiced apple cider which was simply wonderful and soothing. We all liked their preparation and I asked my friend for her version of apple cider. Thanks to my friend. I am sharing her recipe with you. I have made some changes to make it easier for everyone to make it at home with available ingredients....

After the harvesting of apples in fall, usually most of the apple orchards sell apple cider. Now you can add spices as per taste and give a little different flavor to the basic apple cider. 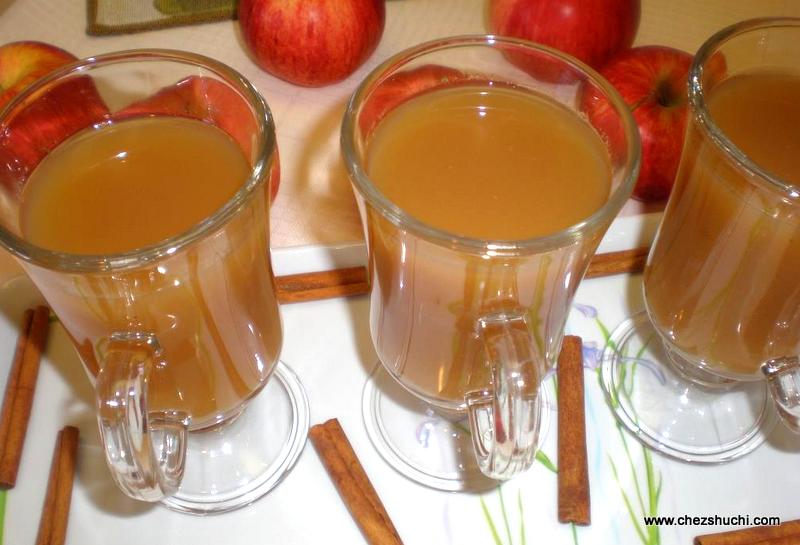 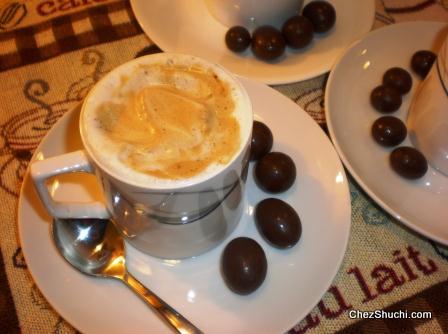 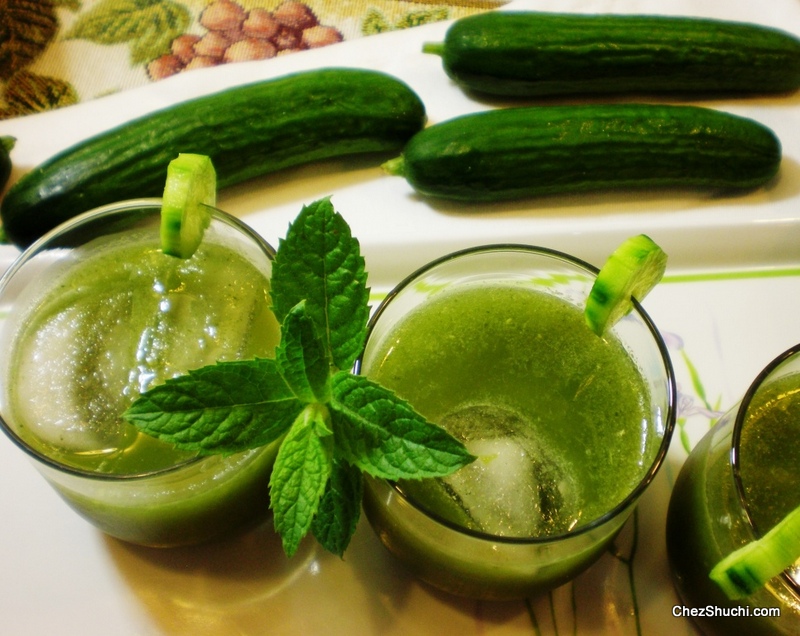 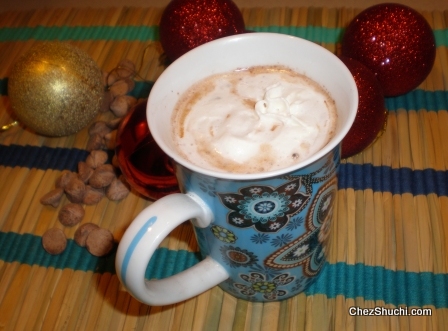